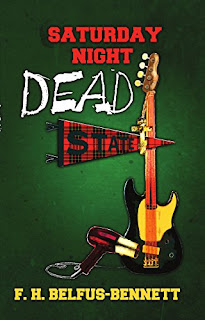 I met the author, F.H.Belfus Bennett, at the New England Author Expo in Danvers, Massachusetts during the summer of 2018, and happily exchanged my book for hers. In this first novel, she has written a compelling story set in the neighborhoods of Boston, Cambridge, Allston and Brighton. The characters are of a wide assortment of ethnic backgrounds and their families and friends interact in a believable way.  Socioeconomic disparity in the urban setting is accurately described; the villain (poor young Eastern European man) murders the victims (wealthy privileged college students) for a paying  sponsor (southern gentleman from a childhood of emotional abuse.) Drugs play a significant role in the evil of this novel.  The authorities carry out their investigation with credible diligence and attentiont to detail. The book is well planned, written, edited and proofed which makes it an enjoyable read. The author shows promise!
Posted by Quilters' Quarters at 5:53 PM